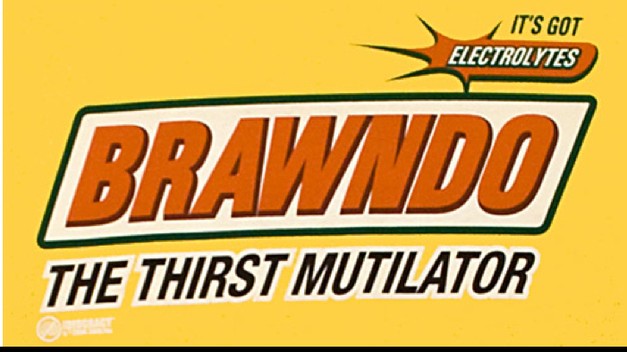 Electrolytes. It’s got what plants crave.

In this post, I’m going to try to convince you to add more salt to your diet. There is evidence that the American Heart Association isn’t recommending enough, and I know from my experience that your physical performance will immediately improve if you just salt your food more liberally. If you buy into this idea blindly, jump to the bottom for recipes and products that will help. If you need convincing, read the middle bits.

The American Heart Association recommends no more than 2,300 milligrams (mg) a day and moving toward an ideal limit of no more than 1,500 mg per day for most adults.

The standard recommendations for sodium intake seems to be way off base based on the evidence we have in the literature. The daily requirements for an active person might be almost ten times this. You need to be paying extra attention to sodium if you are eating from around the perimeter of the grocery store where all the non-processed stuff is (concentrating on meats, veggies, fruits, nuts, tubers, shoots). These foods don’t have the salt-laden ingredients of the stuff that you buy in the aisles.

I submit to you that salt will eventually end up like cholesterol, which after literally 50 years of being the pet scapegoat of heart disease, eventually the medical groups were forced to reverse or quietly remove their recommendations to limit it. Heart disease is an inflammatory disease, not one of too much dietary cholesterol. So, if you vigorously exercise, if you work outside, if you follow a low carb, paleo, ketogenic, or carnivore style diet, you should be making sure you’re getting sufficient sodium and being skeptical of the AHA’s recommendations.

To read the source material for much of this post, and to get excruciating detail backed by countless pubmed research papers, you need to read The Salt Fix by Dr. DiNicolantonio. I encourage you to read it if you want to grasp the importance of paying close attention to electrolyte status. I’ll also link some of his podcasts below. They’re worth a listen.

Everyone is different, and there are sodium hyper-responders who get an uptick in blood pressure when they consume excess sodium. But even when these folks are put on a low sodium diet, their blood pressure improves only a little bit. These folks also generally exhibit symptoms of metabolic syndrome (dyslipidemia, general inflammation, extra body fat, generally higher blood pressure, and a host of other common symptoms). So if someone like this has shifted towards a diet that limits insulin/glucose fluctuations by eating a low glycemic diet such as keto, paleo, etc, then they are getting at the root cause of their metabolic syndrome, which is likely the root cause of the generally higher blood pressure.

So in other words, a person like this should likely still supplement salt to avoid the side-effects of low electrolyte status and deal with a transient increase in BP, if it means they are trending towards fixing their metabolic syndrome. Because addressing the metabolic syndrome will ultimately fix their BP issues. But it might be that you need to salt supplement a little more carefully.

The Pathways to Electrolyte Loss

There’s several pathways that cause electrolyte depletion when you’re eating what I would consider “the right foods” and getting meaningful exercise. By the “right foods” I mean, a diet consisting of minimally processed foods (shop around the perimeter of the grocery store), and eating the minimum amount of carbohydrates to fuel your activity, but no more than necessary. There’s exceptions for this which we can talk about in later posts, but for general health I believe in the goal of keeping blood glucose stable, and thus keeping insulin levels relatively low. This seems to confer many health and longevity benefits.

Sweating to the Oldies

It’s no revelation that we sweat out electrolytes. The more you sweat, the more salt you lose. Here’s an excerpt from a study:

The data predict average sodium (Na) losses over a work shift of 4.8–6 g, equivalent to 10–15 g salt (NaCl). Losses are potentially greater in unacclimatised individuals.
Fluid and electrolyte losses resulting from prolonged sweating must be replaced to prevent imbalance in body fluids, however guidelines for this replacement are often conflicting.

So, working construction in summer might require as much as 15grams of salt (6 grams sodium) to replace what you lose daily. Guidelines to replace are still 1.5grams a day, however. The logic of sodium recommendations break down right there. For someone who works an office job, but does a crossfit or jiu jitsu workout 5 nights a week might need 7-10 grams of salt a day (4-6 grams of sodium). If you don’t replace what you’re losing, you will eventually end up deficient.

It’s also no mystery that food companies specially design foods that use sodium, seed/vegetable oils, and highly refined carbohydrates in combination to override our satiety signaling and trick us into eating more. “You can’t Eat Just One” isn’t just a slogan, it’s their design strategy. So the average consumer of the SAD (Standard American Diet) is getting a lot more salt just by virtue of the foods they eat. If you’re eating right, you need to consciously consider supplementing sodium.

Everyone who has tried the Ketogenic Diet (An approximately 80% fat, 15% protein, 5% carbohydrate by Calorie) has likely gone through what is commonly referred to as The Keto Flu. This is a short period characterized by possible tiredness, cramping, headaches, lethargy, shortness of breath, even arrhythmia. This usually has a bunch of people bailing out on the diet, thinking that it’s a problem with the foods. It turns out that it’s more likely an issue with electrolytes, and the adaptation of the body to the increased fat load in the gut, and building the cellular machinery to fully utilize the new fuel substrates being made in the liver (ketone bodies).

The mechanism for electrolyte loss from low carb is pretty straight forward. Any time you suppress insulin levels via diet or prolonged (24hours+) fasting, the kidneys (which hold sodium for various processes) shed excess water and also excrete sodium and potassium. If you fail to replenish it, you will become deficient in these things, and start to feel the keto flu. This is most likely during the adaptation phase in the first several days of a drastic diet change like going from SAD to keto.

Costco is carrying legit sauerkraut. I’m using it as a cold side to my burgers. Optimizing some #gutbiome. My German ancestry is showing. Also, my salt experiment is going well. See the heavy dusting on my burgers? Feeling better, less cramping, better performance. Shooting for 8-10 grams of salt a day, which is about 5g of sodium. #thesaltfix

Ok, What and How Much?

It makes sense to supplement some of the other minerals like Magnesium. Many people are deficient in magnesium due to our mineral depleted soil. I take a magnesium supplement before bed. I’ll list it below.

Potassium is also a critical electrolyte to track. You need to be careful with Potassium because too much of it (like way too much) in the absence of increased sodium could possibly stop your heart. Sodium and Potassium are the minerals that operate the pumps that literally drive cellular function. The intake ratio of sodium and potassium is important. But you need to make sure you’re getting enough.

Don’t waste your time on crap like Gatorade and similar gas station electrolyte sport drinks. The ratio of electrolytes is all wrong and the amount of dextrose could put anyone into diabetic coma. I want my electrolytes independent of sugars. You will have to adapt to drinking a salty tasting drink, but you’ll feel so much better.

Recipes and What I Use

SnakeDiet ‘Snake Juice’ – This concoction is for extended fasting and was invented by an eccentric diet and lifestyle coach from Canada.

Dr. Nicolantonio’s pre-workout Salt Shot. For a quick performance boost, make this shot about 30 minutes before your gym time for improved vasodilation, increased sweat output (keeps you cool), and electrolytes to get you through your workout.

Try It and Report Back

If you feel like experimenting, give some of this stuff a try and see how you look, feel, and perform. I think you’ll be surprised at the improvements. You’re worth your salt. Thanks for reading!
Live Long and Die Well.

3 thoughts on “Stay Salty – A Look at Electrolytes”