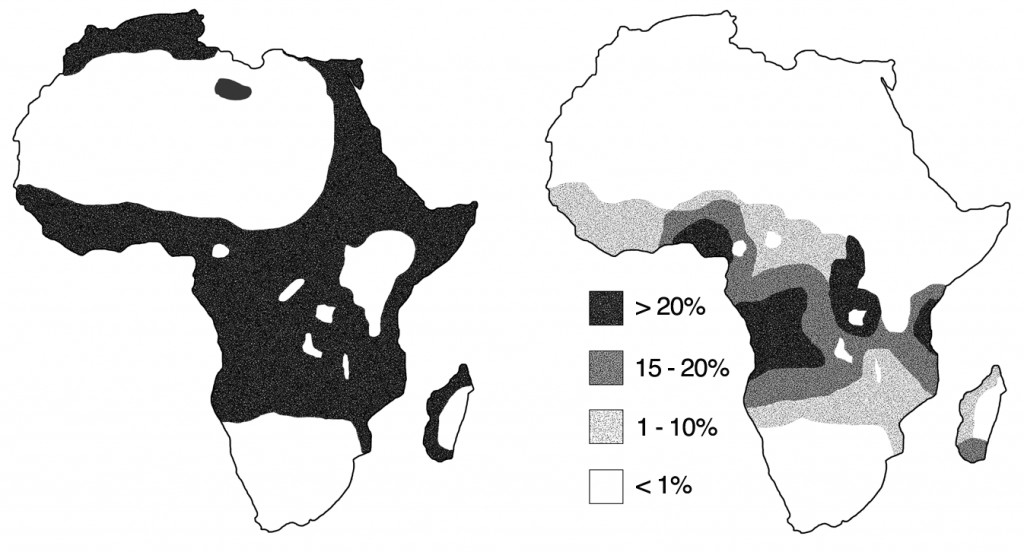 What I’m Reading:
If you’re like me, and look at evolutionary biology as a compass for how we can all rediscover health, you sometimes wonder why certain populations are more prone to a disease. What possible evolutionary advantage could a disease like cystic fibrosis, deafness, or Sickle Cell Disease have in the continuation of our species?

If it’s genetic and specific to a certain populations, is it just bad luck? Or did it serve some other purpose in the ancient past?

It turns out there are often benefits that those with certain genetic diseases are afforded early in life (when nature cares about how long we survive before we breed) which later might mean we develop some serious condition (but after we have served our purpose of furthering the species).

“Studies have shown that there is often an advantage to being a carrier for some of the high-prevalence diseases in certain populations. This advantage keeps the gene circulating at a higher-than-average rate within a population, as the carriers have an advantage over those who have no trace of the genetic mutation.”

” Individuals infected with certain diseases, like cholera or typhus, often succumb to an electrolyte imbalance and dehydration caused by severe, acute diarrhea. … None of the mice succumbed to dehydration, as their intestines did not have the chloride channels to secrete fluid. Of course, these mice did have the actual disease of Cystic Fibrosis, which is not an advantage to survival in the long run.”

This disease is most prevalent in people with Irish ancestry.

Other Examples:
Carriers of Sickle Cell Disease are naturally resistant to Malaria. And Malaria is a huge issue in central Africa where the disease is also most prevalent.

Deafness and Tissue Repair:
A gene responsible for deafness also confers a thicker skin layer and increased tissue repair abilities. Of course this would prevent infection from nicks and scrapes, which would have kept our ancient ancestors from getting deadly infections.

Just a cool concept and thing to consider.