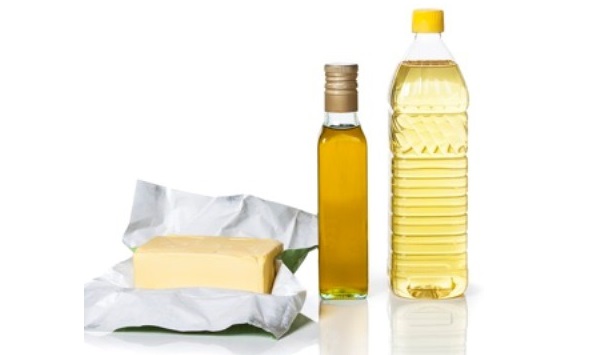 It’s safe to say we all know that fried food is bad. It is generally explained that it is bad because it is calorically dense, and because eating dietary fats increase risk of heart disease, and whatever the reason du jour is for why America is dying of metabolic diseases while they ignore more fundamental causes.

I am convinced that the problem is deeper than that. It’s not just a simple calorie problem. It’s the effects of systemic inflammation on a cellular level from the oils themselves. There’s evidence to show that just eating these unnatural unsaturated and polyunsaturated fats (even outside of frying) can cause issues as seemingly unrelated as ease of sunburn. But we’ll leave that alone for now and just look at the process of fryer oil.

How is it made?

Any time you have an oil that has a long shelf life and comes from a vegetable that isn’t usually considered oily, there is some chemical wizardry going on to make that oil. Usually vegetable oils are made via hexane extraction extraction. In fact, crisco (originally cottonseed extracted shelf stable oil) was originally intended for use in soap and candle making, but once electricity caught on they had to find a new use for it. Human consumption followed.

All oils have various ratios of various kinds of fatty acids in them. They are all some ratio of saturated, monounsaturated, and polyunsaturated fatty acids. The chemical structure of those fatty acids dictate how easily they are oxidized (or give up bonded oxygen) once used in the cooking process. The weakest kind of chemical bonds are double bonds. The more double bonded oxygen, the easier it will ‘oxidize’ and form secondary peroxides and chemicals that might not be desired.

Counteracting these oxidized chemicals are anti-oxidants. Primarily Vitamin E in the oil that prevents these oxidative bodies from forming. So there is a chemical war going on in your fryer vat.

Oxidation is important because those byproducts are dangerous and cytotoxic. So it is easy to see why the body would mount a systemic defense (the inflammatory response) when the gut is exposed to them. When a person regularly eats these foods the body is chronically being attacked by these compounds, and this burden will manifest in sometimes unexpected ways.

This effect is understood and experiments document this well.

It is well known that lipids in edible oils are susceptible to auto-oxidation and photo-oxidation during processing and storage (12). This has long been recognized as a major problem for the oil industry, leading to undesirable flavours and taste, decomposing the nutritional quality, and leading to production of toxic compounds. The oxidation of oils is influenced by many factors such as the fatty acid composition (i.e. the degree of unsaturation), oil processing, heat, light, transition metals and antioxidants.
Several lipid oxidation products may be absorbed and metabolised in humans (4). The primary lipid oxidation products, lipid hydroperoxides, may decompose into secondary oxidation products such as the highly reactive and cytotoxic 4-hydroxy-2-alkenals (12). In a recent study by Pillon el al. (13), such compounds were toxic to L6 muscle cells and had a dramatic effect on cell viability even at low concentrations.

This has been studied at length, and a picture is worth a thousand words. Here is a graph of the peroxide content of fresh, once used, and 5x used oils in an experiment as an example of the ramping of oxidative load over time. The link under the image is worth looking at if you need more convincing.

The American Heart Association recommends eating a diet high in chemically extracted PUFA’s. On this list are ‘heart healthy’ oils like corn, soy, and sunflower. Seems legit based on the research. They are completely missing (or conveniently ignoring) the important distinctions between good PUFA’s like fresh olive oil and these shelf stable invented foods that we are not evolved to deal with.