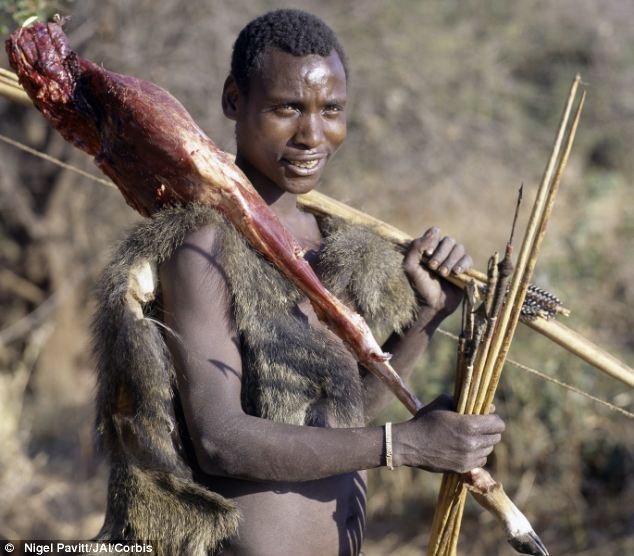 I am pretty thoroughly convinced that optimal health practices can be ascertained by looking at evolutionary biology. If we view health (physical and mental) and lifestyle through this lens, a lot of what I subscribe to as optimal starts being apparent. This includes types of diet, exercise, circadian biology and sun/light exposure, sleep practices, community and sense of belonging, and on.

I don’t mean drinking out of contaminated puddles, eating decaying gazelle, or tribal warfare with blunt clubs (though have you been on Facebook recently?). What I mean is that we can garner clues about what would be optimal NOW by looking at the vast timeline of human beings and attempting to reproduce their daily exposures to their environment.

Let’s take a standard American kid on the Standard American Diet. This kid can grow up on pizza and chicken tenders and not die of malnutrition and metabolic disease. In his early 20’s he starts feeling crummy, plumping up, and gains the freshman 20 and starts developing acne. This trend of gaining a few pounds of fat and a few chronic diseases continues until he is faced with a major health crisis in his late 30’s or early 40’s. What changes in his body? What explains this seemingly sudden loss of tolerance to ‘new foods’ introduced to the human diet over the last 50-5000 years? Again, we can look at evolutionary biology for the explanation.

Dr. Rose is a groundbreaking evolutionary biologist who uses fruit flies to study multi-generational evolutionary changes and offers an explanation of why we seem to start falling apart and require more specialized diets as we age. If you’ve ever said, “man, I just can’t eat like I used to when I was in my 20’s”, this guy has a strong hypothesis.

He is responsible for a shift of thinking in the 80’s that evolution can actually happen in as few as 100 generations, as opposed to the prior notion that it takes 1000’s of generations to successfully evolve adaptations to the environment. Most relevant to us is our rapidly changing food supply. The biggest transitions occurred from the paleolithic era (hunting and foraging), to the neolithic area (farming), and now more recently with the advent of novel seed oils and corn syrups that were invented in the 19th and 20th centuries.

The dietary conclusion is that we should expect to be well adapted to eating an newer/agricultural diet in the pre-reproduction ages, because natural selection hurriedly evolved tolerance to get us to reproductive ages. Several hundred generations of farming have given humans enough time to allow us to tolerate those foods well enough at young age.

Nature works hardest to get us to reproductive age, then it gives up on us. Later life stages only thrive on the most ancient diets. Michael Rose shows us this with his fruit flies.

Here are the predicted results, where the vertical axis shows the ‘fitness’ of the flies, and the horizontal axis is the adult age. Note that the Orange diet (totally novel) starts off lower than the banana diet (neolithic), but they converge at later age and the older organisms are equally unfit with either diet. And notice that the Rotting Apple diet (paleolithic) diet and banana diet (neolithic) start out mostly converged, and then drastically separate in mid life. Enough generations have allowed equal adaptation at younger age. Eventually the more ancient diet wins. Notice the huge difference in the Apple diet vs the other two at later age.

He also predicts through further fly experiments that making a switch to a ‘paleo’ diet later in life will confer health and longevity benefits. This means there is hope for us humans who make the switch now.

If we can agree that we can learn something about ourselves from fruit fly evolution, and we can look at historic human diets, then we have a path forward for longevity.

He also notes that the flies weren’t getting a true ‘fly paleo’ diet because their lab paleo diet was made of apple sauce and yeast, not decayed apples in an orchard. They also weren’t in their original natural habitat. But even with this ‘fake paleo’ diet, they flies thrived for much longer than on their true neolithic diet. So…

So just because you can’t persistence hunt a gazelle and eat it’s heart on the savanna, doesn’t mean you shouldn’t concentrate on meat, fish, eggs, berries, nuts, seeds, tubers, and shoots in as close an approximation as you can get. Your body will thrive.

If you find value in my ramblings, please subscribe, share, and shop through our amazon affiliate link. Or consider a small donation through PayPal.

1 thought on “WIW: Evolutionary Biology on Food Tolerances as We Age”